Wood sector stakeholders want independent market monitoring of FLEGT partner country trade to continue beyond the date when the FLEGT Independent Market Monitor itself (IMM) is set to wind down.

Stakeholders see IMM as important for helping shape government policy and business strategy and for ongoing development of FLEGT and legal and sustainable timber trade. In fact, they believe the role of an independent market monitor should expand into more areas. These were views expressed in IMM consultations with representatives of private and public sectors and civil society held in Jakarta, Nantes and online with stakeholders in Ghana, as reported on the IMM website (www.flegtimm.eu).

The IMM was established in 2015, funded by the EU and managed under contract by the International Tropical Timber Organisation (ITTO). It forms part of the EU Forest Law Enforcement Governance and Trade (FLEGT) project ¬and independent market monitoring is mandated in the EU FLEGT Voluntary Partnership Agreement (VPA) with Indonesia. Its role is to track wood trade flows from VPA countries in the context of the global tropical timber market. It also canvasses the timber trade in the leading tropical timber importing countries in the EU, plus Indonesia, Ghana and VietNam on view and market impacts of FLEGT. It generates and analyses trade data and reports on its survey findings, relays news via its website and newsletters and undertakes special sectoral and other studies on market views and influence of FLEGT. FLEGT is widely viewed as an important stepping stone towards sustainability. The IMM contract ends on December 31 this year.

The recent trade consultations were held to get feedback on the quality and scope of its work. But the importance of the continuation of independent market monitoring was raised by participants at all three. They also voiced ongoing support for FLEGT and FLEGT licensing in the light of the proposed EU Deforestation Regulation, under which a FLEGT licence is accepted as proof of legality, but no longer provides a due diligence-free pass into the EU.

Stakeholders in Indonesia felt the IMM “has an important role in measuring the achievements and impacts of VPAs” and should continue into 2023 and beyond. Government stakeholders highlighted the importance of ‘information and data on the EU market and EU policy’ provided by the IMM, and found its data dashboard and market dynamics information particularly useful. The private sector appreciated that IMM was independent and considered its data as high quality and valuable.

At the Nantes consultation, delegate comments included that IMM had delivered ‘good and useful market data, feedback and inputs’ of relevance to businesses and trade bodies and valued as a reference in their work. Its surveys provided ‘a unique opportunity for the trade to get its voice heardby EU policy makers’.

On future development of the role of an independent market monitor, the view at all consultations was that it should get involved in effective market communication on FLEGT, which it was felt had been lacking. This is currently not in the IMM’s mandate. IMM should expand into more areas, also enter the field of verified sustainable as discussed during the Carrefour in Nantes.

Full reports on the IMM consultations can be found at www.flegtimm.eu.

All news/events items
Fair&Precious partners in the spotlight: Henry Timber 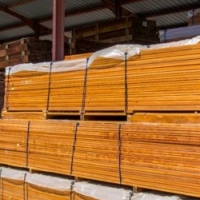 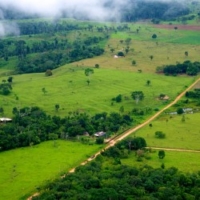