Imports of commodities that contribute to deforestation are set to be banned in the EU following a preliminary agreement on the proposed EU Regulation on deforestation-free supply chains between the European Parliament and EU member states. Their approval of the Regulation is likely to follow early 2023.

The European Commission welcomed the provisional political agreement just reached between the Parliament and the Council. Once adopted and applied, the new law will ensure that a set of key goods placed on the EU market will not contribute to deforestation and forest degradation in the EU or elsewhere in the world.

The Regulation, commonly referred to as the EU Deforestation Regulation or EUDR, states that importers and non-SME traders of six so-called Forest and Eco-System Risk Commodities (FERCs) must undertake due diligence to ensure goods they place on, or export from, the EU market are not implicated in deforestation or forest degradation. These commodities are wood, cattle, cocoa, coffee, palm oil and soya (plus derivatives). The new Regulation also involves supplier countries being benchmarked low, standard and high risk, with the level of due diligence required for their commodities varying accordingly.

As far as wood is concerned, a key difference between the Deforestation Regulation and the EU Timber Regulation, which it would supersede, is that non-SME traders will also have to undertake due diligence. The EUTR differentiates between the responsibilities of operators (companies that first place timber on the EU market) and of traders (companies that subsequently make the timber available in the supply chain after it has first been placed on the market). In the EUTR, the only obligation on traders is to keep records of purchases and sales of timber for five years and to share them with competent authorities if requested. Only the operator, is obliged to investigate the legality of its supply chain. The Deforestation Regulation makes large traders subject to the same due diligence requirements as operators.

The status of FLEGT licensing also changes. A FLEGT Licence under the proposed regulation will continue to be accepted as proof of legality. However, it will no longer provide a due diligence-free pass, or ‘green lane’, for goods into the EU. Licensed timber and wood products will also have to undergo due diligence to ensure their production did not cause deforestation or forest degradation.

In addition, the new Regulation requires importers and non-SME traders of the commodities it covers to provide geolocation information for the plot of land from which they were derived. This has caused particular concern in the timber trade. Both European timber trade bodies, including the ATIBT, and the American Hardwood Export Council recently issued statements that it will create significant problems for small-scale forest owners and highly fragmented forestry operating models.

“Some operators with simple supply chains will have easy access to the necessary [geolocation] data,” said Christian Sloth of certification services and sustainability advisory body Preferred by Nature. “Others working with more complex products may face a serious challenge. Some may even be forced to change their entire sourcing model.”

The EU views the EU Deforestation Regulation as a key step in the fight against biodiversity loss and it is seen to be well-timed with the latest Conference on biodiversity. However, it has been pointed out that there are more (and timber competing) products that contribute to loss of biodiversity which are not (yet) covered by the Regulation. More importantly, say critics, there are more ecosystems, other than forests that need protection and not the potential pressure the Regulation may exert. These include savannahs and wetlands. Moreover, it is felt to be very important that the EU market also remains accessible to smallholders.

The European Parliament and Council will now have to adopt the new Regulation formally before it can enter into force. Once it is introduced, operators and traders will have 18 months to implement the new rules. Micro and small enterprises will enjoy a longer adaptation period, plus other specific provisions. 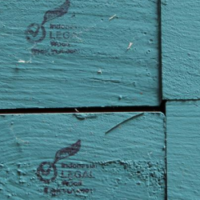 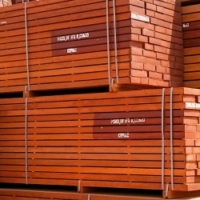 Tenders in for Paris Olympics Tali
Scroll to top