Government, business and consumers worldwide need to step up efforts now to combat loss of tropical forest, states a new report from IDH – The Sustainable Trade Initiative. It calls for radical and urgent change in patterns of consumption to support deforestation-free supply of key agricultural commodities, including tropical timber. In particular it urges governments and the private sector to increase the demand for certified sustainable products and materials.

The report, Urgency of Action to Tackle Tropical Deforestation, is billed as the first of its kind. It is blunt in its assessment of the current situation, describing the continuing rapid rate at which forest is disappearing as ‘alarming’. From 2010 to 2015, it states, around 122.29 million ha (Mha) of tropical tree cover was lost, 5% of the area of natural forests in 2010. The attrition also shows no sign of slowing down, with a further 12 Mha lost in 2018, the fourth-highest total since 2001.

“This destruction results in decreased livelihoods, loss of ecosystem services, and massive greenhouse gas (GHG) emissions,” says IDH. “Deforestation and other land use changes are considered the second biggest anthropogenic source of GHG emissions, and a major contributor to climate change.”

The top five producers of each of these commodities account for the bulk of global production, but new sources of supply, and consequently deforestation hotspots are constantly emerging. While Brazil and Indonesia accounted for 71% of primary tropical forest loss in 2002, largely due to conversion of land to beef and soy and palm oil production, in 2018 this was down to less than half due to the rise in deforestation elsewhere. Paraguay, Argentina, and Bolivia saw forest cleared for soy and beef,

Malaysia for palm oil, while in the Democratic Republic of the Congo it has been converted to smallholder farming. Deforestation has also accelerated in Colombia, Côte d’Ivoire, and Ghana.

The report says European demand drives a significant part of this forest loss. Five European countries are among the top-10 with greatest deforestation risk in Brazil and  European soy imports alone correspond with over 175,000 ha of deforestation and 2.3 Mt CO2 of linked greenhouse gas emissions.  In 2016, Europe was also responsible for over 60% of global cocoa imports, about 50% of coffee and 30% of beef and wood pulp imports.

The majority of European direct imports of these commodities are accounted for by Belgium, Denmark, France, Germany, Italy, the Netherlands, Norway, Poland, Portugal, Spain, Switzerland, and the United Kingdom and this concentration, says IDH, is ‘a call to action for them to respond to deforestation linked to their imports’.

So far it describes European import of certified forest commodities (a proxy for deforestation-free imports) as mixed. While 74% of the palm oil imported for food into Europe is certified under the Roundtable for Sustainable Palm Oil (RSPO) scheme, only 25-32% of all EU tropical timber imports and a third of cocoa imports are certified.

IDH acknowledges that to achieve the goal of deforestation-free imports will require ‘immense efforts to drive demand and accountability in European consumer countries and to shift governance and agricultural practices in producer countries’. Certification is a key tool for achieving this, but must also be ‘bolstered by other interventions’.

“We need to continue efforts to increase governance, enforcement, and support effective policy in producer countries and scale jurisdictional approaches to create regional sustainability commitments,” says the report. “Financing must follow these best practices and large importers and governments have a role to play in fostering [supply chain] transparency.”

“The bottom line is that overall demand for responsible, certified, and/or sustainable commodities remains far too low (less than a third for most commodities)… and the private sector can [also] contribute greatly to improving sustainability by increasing the demand for these commodities,” states the report. “The potential benefits of action are monumental – by just sourcing 100% verified sustainable tropical timber, the EU28 could positively impact (reduce degradation) in approximately 11.7 to 13.4 million hectares of tropical forest.”

It adds, in fact, that the timber sector could be a model for action to drive sustainable forest product sourcing more widely.

“EU-level action, including FLEGT and EUTR, could provide a roadmap for other commodities,” it says. 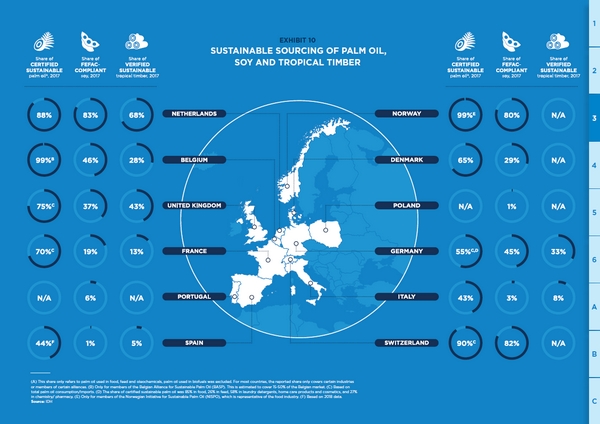 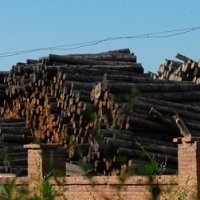 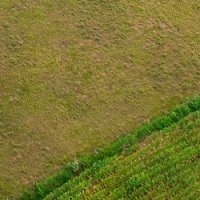