Worldwide countries and regions are implementing import controls to combat global deforestation. A new report compares latest regulatory moves in the EU, US and UK. All three have forest product import rules in development with essentially the same objective, according to the report from US law firm Steptoe & Johnson LLP (S&J); ‘Comparing recent deforestation measures of the US, EU and UK’.

“Their measures recognize deforestation’s harmful climate change effects and seek to address them by prohibiting certain commodities produced on deforested land from being placed on their respective markets,” it states. The report also highlights, however, that there are key differences between the new regulations with ‘market access implications for companies’.

The three new measures are the US Fostering Overseas Rule of Law and Environmentally Sound Trade Act of 2021 (the Forest Act), the EU’s Proposal for regulation on deforestation-free products (Deforestation Regulation) and the UK Environment Act 2021. The EU Deforestation Regulation addresses imports of oil palm, soya, cocoa, cattle, coffee and wood, as well as  ‘relevant products’ made with these commodities. The US Forest Act covers oil palm, soy, cattle, cocoa, rubber and wood pulp and similarly products manufactured from them. Forest risk commodities under the UK Environment Act  are yet to be announced, but those mentioned in consultations are cocoa, coffee maize, palm oil, rubber and soya, and products including them.

Timber and wood products are not encompassed by the new US and UK measures, says the S&J report, as both are maintaining existing instruments barring market access of illegally sourced wood; the US Lacey Act and UK Timber Regulation (UKTR). At the same time, stresses the report, the EU, US and UK rules all include flexibility to change commodities covered.

In its current form, the proposed EU Deforestation Regulation would replace the EUTR, and incorporate aspects of FLEGT Voluntary Partnership Agreements (VPAs) with supplier countries into ‘forest partnerships’. FLEGT licences would count as proof of legality under the regulation, but importers would still have to undertake due diligence on licensed imports to ensure supply chains are deforestation- and forest degradation-free.

S&J says inclusion in the EU Deforestation Regulation of the specific obligation on importers to take steps to ensure commodities are deforestation-free – defined as produced on land that has not been subject to deforestation since December 31 2020 – makes it ‘more extensive’ than UK or US measures. The obligation they impose on importers is to ensure goods are not produced in violation of producer country laws. “The EU Deforestation Regulation can prohibit market access to commodities produced on land that was lawfully deforested,” says the S&J report.

This is an edited version of a longer article from the FLEGT Independent Market Monitor. Click here for more.

All news/events items
Fair&Precious Partners in the spotlight: Fedustria 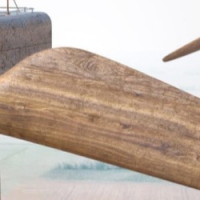 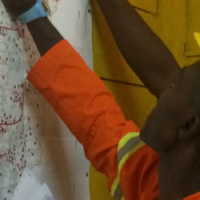