The development programme of the Pan African Forest Certification Congo Basin scheme was extended to ensure its ‘effective operationalisation’. But the ground-breaking regional sustainable forest management certification initiative is now on track for a launch date of June 2022.

The focus across the region is now on growing and developing sustainable forest management systems, hence the creation of PAFC CB. “We’ve launched this regional initiative because many aspects of forest management in the three countries involved are similar,” said Thomas Seyvet, Junior Development Officer at PEFC International. “They also share a common border, the same language and similar forest legislation. PAFC Gabon, PAFC Cameroon and PAFC Congo staff are volunteers, so having a regional scheme will simplify management, with the goal to have a regional secretariat managing and maintaining it. It will streamline training for certification bodies and the work of accreditation bodies and will also offer more visibility to PAFC generally.”

The three national PAFC schemes, which will be assimilated into PAFC CB, started the standard setting process for the regional scheme in association with ATIBT in 2019. They developed standard setting documents and undertook a multi-media communications programme to engage stakeholders. They also set up a working group, called the Forum, comprising stakeholders, forest sector experts and national PAFC scheme members. “Following intensive discussions at a conference in Libreville in November 2019, the first PAFC CB standard was issued,” said Mr Yéné. This, he added, underwent exhaustive review, with public consultations, pilot and desktop testing. “The revised standard that came out of this was then reviewed at an online Forum meeting in October 2020,” said Mr Yéné. “The final standard was next put to ATIBT for approval, which then submitted the request for endorsement to PEFC International in December.”

Independent assessor on the project is Form International. It is now evaluating ‘conformity of the PAFC CB standard development process and tools’. Subject to this process, endorsement by the general assembly of the PEFC council is envisaged for this November. In the meantime company and auditor training continues, alongside development of the PAFC CB management structure by the three national certification schemes with ATIBT and PEFC, ready for the summer 2022 launch. PEFC sees PAFC CB having potential ultimately to extend to five countries, with DRC and CAR joining Gabon, Cameroon and RoC. “We’ve already had expressions of interest from concession operators in DRC for it to join too,” said Mr Yéné. 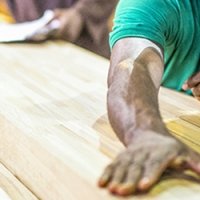 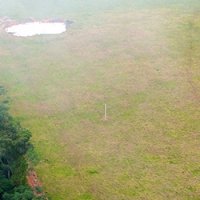