Policy makers at COP26 are being urged to back a new deal to strengthen governance in the tropical forest and timber trade. It proposes incentivizing tropical supplier countries to sign up by giving them preferential access to consumer markets globally in return.

The Tropical Timber Accord is described as a call to action from the global private timber sector to global governments, with the UN Climate Change Conference in Glasgow seen as the ideal opportunity to launch a campaign for its implementation.

The concept has been developed by the UK Timber Trade Federation (TTF), with backing from the UK Foreign, Commonwealth and Development Office, in consultation with other trade bodies and government agencies worldwide. TTF Chief Executive David Hopkins, who was given four time slots to present it in the Blue Zone at the UN Climate Change Conference in Glasgow, described it as a new way to combat the illegal tropical timber trade and illegal conversion of forest land. “It’s a fresh approach, not simply to maintain forests, but to increase their environmental, social and economic value,” he said.

The Accord opens by stating that the world’s tropical forests are key to climate regulation, but have never been in such danger. The biggest threat comes from largely illegal conversion, primarily to agriculture and mining. Lack of effective governance has also ‘allowed a lucrative international trade in goods from illegally deforested areas’. “Businesses wanting to invest in sustainable production of timber and other forest products find themselves undercut, undermined and disincentivised by illegal operators,” it states. Despite international treaties on climate change and other agreements to protect it, the area of tropical forest has continued to decrease. “Even forest development policies such as UN REDD and REDD+ are undermined, because without strong governance mechanisms, there is no guarantee of permanence in the forest or landscape investments they make,” states the Accord. “We need new policies that incentivise legal and governance reform to ensure long-term forest sustainability and growth. Countries implementing those reforms should be rewarded with enhanced trade benefits, attracting investment to industries that depend on retaining forests as forest.”

Much of the groundwork for such an approach, it adds, has been laid by international Forest Law Enforcement and Governance (FLEG) conferences and, notably, the UK/EU FLEGT Action Plan. However, the market leverage of FLEGT is limited as it’s only recognised by the UK and EU, when today other countries, such as China, the US, Japan and the Middle East, are such major tropical timber and forest product consumers. “We need a global solution, an incentivising international legal trade framework for tropical forest and forest product supply chain governance and management,” states the Accord.

It proposes a new international forest governance framework that will:
• Set principles and processes enshrined in law by which future international trade could recognise, incentivise, and support strong governance and sustainable forestry
• Be based on each country’s nationally determined norms and standards and define a process for recognizing these to ensure mutual recognition and encourage compliance
• Encourage consumer markets to adopt policies that promote responsible consumption and trade with countries with strong forest governance and discourage trade from those which cannot demonstrate and verify good forest governance
• Incentivise countries to implement effective forest governance by giving their forest products industries preferential ‘green lane’ access to markets and trade, backed by communications and promotion throughout the supply chain. 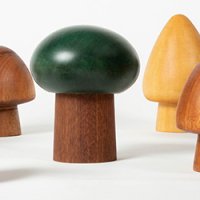