A study on the emphasis on legality and sustainability verification in EU member state public timber procurement policies highlights that sustainability certification is what most require of suppliers. At the same time, it emphasizes the wide diversity of approaches in this area.

The report has been produced by the EU FLEGT Independent Market Monitor (IMM). Its role is to monitor trade flows from supplier countries engaged in the EU FLEGT Voluntary Partnership Agreement legality assurance initiative and market impacts of FLEGT-licensed timber. It also gauges EU market perceptions of the FLEGT programme.

The particular focus of the report, titled A study of EU public timber procurement policies, related guidance and reference to FLEGT, is where FLEGT sits in policies, notably relative to sustainability certification.

Public procurement, it states, is not only a key factor in the timber marketplace due to the wood volumes government itself buys, but also because of its influence on private procurement. “Sustainable procurement is therefore about using public spending to achieve social and environmental objectives, and to strategically use the public sector’s economic power to catalyse innovation in the private sector,” it says.

The report underlines that some EU governments still don’t have a specific timber policy.

Those that do, differ in what they accept as evidence of sustainability and legality. Some are mandatory, others voluntary. There is also variation in their application to different levels of government. Most EU national governments have mandatory purchasing policies for central government departments, but voluntary for local authorities and other agencies, which are actually responsible for most public spending.

“Most EU governments also do not know how much wood they purchase, so have no indication how much sustainable, legal or FLEGT-licensed material is included,” states the report.

In total, 22 member state governments have a timber procurement policy. Of the other six, Portugal and Poland are addressing the topic, but Greece, Estonia, Hungary and Romania have no declared plans for policy development.

The report finds that there is little government reporting of compliance with their own procurement policies. Belgium has however addressed impact of its policy.  A 2017 study of 140,000 tender documents found 1,800 mentions of FSC or PEFC in tender documents. FSC was specified in 88 contract notifications, PEFC in one, while FLEGT Licences were not specified at all. 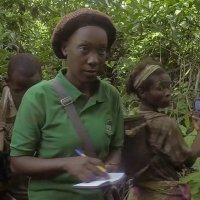 Gabon incentivized to save forests and cut emissions
Scroll to top