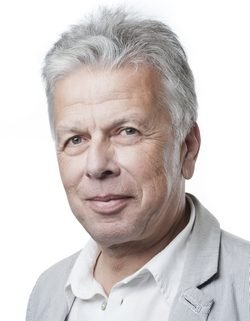 The European Timber Trade Federation (ETTF) has stood down as implementing partner for the Sustainable Tropical Timber Coalition, with IDH, the Sustainable Trade Initiative taking over the role. But ETTF Secretary General André de Boer, said his organisation continues to back the STTC, which, he maintained, has “established firm foundations for developing its mission in the years ahead – to grow the European market for certified sustainable tropical wood of all species.”

The ETTF, which represents timber trade federations across Europe, was one of the founding partners of the STTC in 2013.

“We backed the STTC because, like other supporters, we were seriously concerned about the long-term decline of tropical timber imports into Europe,” said Mr de Boer. “This was not only of commercial interest for our members, who feared that a generation of European specifiers and end users was emerging with little or no knowledge of tropical timber’s performance potential. There was also the risk that the loss of sales to the sustainability-focused European market could disincentivise uptake of sustainable forest management in tropical countries.”

He added that the STTC had already recorded a number of notable achievements.

“It has raised awareness of the availability of certified sustainably sourced tropical timber, including lesser known species, and through communications, promotion and its annual conference started to change market perceptions about the material.”

The STTC Action Plan programme was also a major achievement, funding companies, federations and local governments, with the latest being those of Rotterdam and Berlin, to adopt sustainable tropical timber procurement policies and other strategies to improve tropical timber’s image and increase its use.

“The STTC has accomplished much in a short time and has a vital role to play into the future to make sustainably sourced tropical timber a European norm and a mainstream manufacturing and construction material. In so doing, it can also drive the spread of sustainable tropical forest management,” said Mr de Boer. “We wish it and IDH, as new implementing partner, well and will continue as one of its most committed supporters.”

All news/events items
Still much to do in STTC mission, says IDH

Great content is more than a great ad
Scroll to top