Positives and deficiencies are seen in COP26 outcomes by the lead certification schemes and other bodies focused on sustainable development of forest and timber sectors as a core element in tackling the climate crisis. Heralded as a game changer at the Glasgow UN Conference was the Declaration on Forests and Land Use (DFLU), which is backed with €14 billion in funding and pledges signatories to end deforestation by 2030.

FSC Director General Kim Carstensen saw it as a major move in the right direction that countries clearly recognised the central role of forests to keep global warming below 2°C – ‘let alone 1.5°C’. “As expected it did not solve all the climate change problems,” he said. “Nevertheless I’m confident the world is a better place after COP26. We got the basic rules of the Paris Agreement approved and saw most countries gather behind explicit ambition for better protection and management of forests.”

While sustainable management was recognised in the conference’s focus on forests, however, Mr Carstensen said it still seemed to be ‘a bit of an add-on in thinking’. “We need to push for a higher level of understanding of the positive role responsible forest management can play in solving the world’s big crises, including climate change and biodiversity loss.”. But ‘very encouraging’ he added was the strong recognition by governments of the role indigenous peoples, its ‘most important custodians’, play in forest maintenance.

PEFC International Head of Communications Thorsten Arndt said the DFLU and Forest, Agriculture and Commodity Trade Roadmap unveiled at COP26 represent key commitments to safeguard forests. “But one of the most straightforward solutions to fight climate change didn’t get quite the attention it deserves: sustainable forest management and forests’ dual role as both carbon sinks and providers of renewable resources that store carbon and substitute fossil fuel intensive materials,” he said.
More action was needed to encourage uptake of policies promoting sustainable forest management, forest certification, and wood products from sustainable sources. “This is especially relevant for tropical timber,” said Mr Arndt. “Given competing pressures on forests and land use, we must increase efforts to add value to forests to keep them standing. Business can be instrumental by specifying certification systems in procurement, thus contributing to recognition of sustainable working forests’ full benefits.”

Richard Wainwright, Communications Manager at forest and rights NGO FERN said, while advances were made at COP26, its shortcomings were ‘alarming’. He described the DFLU as being a ‘rehash of previous unfulfilled commitments’. “Its promise to halt and reverse forest loss and land degradation by 2030 was out of step with what’s needed,” he said. Unless further measures were taken, the ‘prospect of a low carbon, nature positive and climate resilient future’ would be unattainable’.

Mr Wainwright said key questions on funding pledges after the Declaration on Forests were ‘whether money will materialize, how it will be spent and who will make the decisions’. “What FERN wants to see is the UK and EU turn this around; to reinvigorate FLEGT, come up with a strong deforestation law and stop supporting burning wood for energy,” he said.

Mark van Benthem, Director of forest and timber sustainability analysts and advisors and STTC founding partner Probos, said he was pleased about the recognition at COP26 that, besides climate change mitigation, they were critical for protecting livelihoods, preserving ecosystems, and biodiversity maintenance. “This does justice to the value forests represent and helps drive the STTC and Fair&Precious agenda, growing the market for verified sustainable timber to incentivise sustainable forest management,” he said. On the DFLU, he acknowledged criticism that such announcements have been made before. “But this time the leaders represent over 85% of forests, equivalent to 3.7 billion hectares and, significantly, it includes the key tropical forests of Brazil, Democratic Republic of Congo and Indonesia,” he said. “That said, there’s an awful lot to do in nine years.” 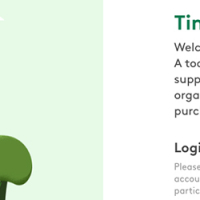 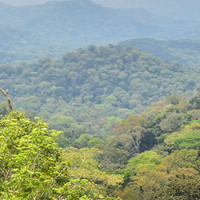