The goal of February’s EU International Conference on Forests for Biodiversity and Climate Change, according to the introduction from Frans Timmermans, was to engage a wide range of stakeholders in development of European forest policy. “We need your collective brain power to get our strategy right,” he told delegates. Various STTC partners were present at the conference.

Only with input from as wide a range of perspectives as possible  and by achieving synergies between different interests, said the EU’s Executive Vice President, who is also responsible for the European Green Deal, could its policy achieve its aims in maintaining forests to combat climate change and mass species extinction.

Delegates reported the event, hosted by the EC Directorate for Environment, hitting many of the targets it set itself. Discussion was broad ranging, and, while there was emphasis on Europe, it did encompass the needs and value of forests worldwide, temperate and tropical.  From the timber sector’s perspective there was also encouraging recognition of its achievements in sustainability and legality assurance. Speakers highlighted forests’ value as a source of low carbon raw material, notably for construction, and the role of sustainable management in forest maintenance.

At the same time, there was concern about the lack of private timber and forest sector input. The event also did not entirely allay questions over whether different levels of European government were aligned on forest policy and pulling in the same direction.

Mr Timmermans left the 550-strong audience at the Brussels Conference in no doubt about the importance and urgency of combating deforestation. It was, he said, a central element of the EU’s new Green Deal strategy, the headline target of which is countering global warming by making the EU a net-zero greenhouse gas emissions economy by 2050.

Forests and their maintenance, he maintained, have a core role to play in curbing emissions and combating climate change as ‘the most natural and affordable and most self-sustaining form of carbon sink we have on the planet’.

Consumers needed to be made equally aware that richly biodiverse forests are also the front line for preventing the ‘sixth mass extinction’ of species, which, as much as climate change, could ultimately put humankind’s existence at risk. “It’s not about saving the planet … it’s about saving humanity” said Mr Timmermans.

Part of the solution, he said, was to make more efficient use of agricultural land to disincentivise forest clearance and for Europe to help other countries find economic alternatives to converting forest land to other uses.

He also highlighted the potential value of increasing use of timber from sustainable sources.

“It’s an economic opportunity of incredible dimensions if you do it right,” he said. “Look at the speed wood is used in sustainable construction in EU: that is a huge opportunity.   We need to create a balance between all these interests.

Delegate Nienke Sleurink, Programme Manager Markets at IDH- the sustainable trade initiative noted the focus of the Conference on European forests. “But this also made it clear we don’t have it all figured out in Europe, with the carbon sink of its forests decreasing.  Something to keep in the back of our minds when discussing sustainable forest management in the tropics.”

However, said Ms Sleurink, the event also underlined that the tropical timber sector has much to offer in discussions on potential legislation against imported deforestation. “It can share lessons learned – positive and negative – from its experience of due diligence under the EU Timber Regulation,” she said.  “The Conference also addressed partnerships with producing countries. Here again the tropical sector has lessons to share from its experience with FLEGT and VPAs.  In a panel discussion, the Chair of the Centre for Sustainable Development in Vietnam said the VPA process was a model that can be implemented for other commodities – in fact, they plan on doing this.”

Ms Sleurink said that, while represented by associations and lobbyists, private sector input at the Conference was generally weak. However, its few participants ‘were able to give clear examples of how their sectors were already moving’ and that there are ‘front running companies involved in initiatives and pilot projects that can be used as best practice’.

George White of the Global Timber Forum took a similar view. “There are huge and welcome efforts to bring stakeholders together to develop cohesive strategies and policies, but this process once again shows no sign of really being inclusive of   smaller companies, the engine room of the forest industries. It was good to see  European trade federations involved, but the view from the SME sector in producer countries and Europe was almost entirely missing. Solutions have to work for people and businesses at all scales.”

Mr White also remained unconvinced that all stakeholders were aligned on forests, biodiversity and climate. “If they pull together, the EC and EU will be a powerful force for good, if they don’t they will waste the opportunity,” he said.

GD Holz Head of Foreign Trade Nils Olaf Petersen saw Mr Timmermans mention of the rapid uptake of timber in construction and the consequent environmental benefits as a positive. “That said, I’d hoped the Conference would focus more on both protection of forests AND using them to our benefit. It is a case of use it, or lose it,” he said.  “And the issue of sustainability wasn’t discussed at all in my view.”

It was a move in the right direction, however, that the value of plantations, which account for 40-50% of forest products, was highlighted. “It countered the one-sided argument that plantations are bad – they also reduce pressure on primary forests, if set-up properly,”  said Mr Olaf Petersen

Other constructive comments, he added, included those from EC Director General Environment Astrid Schomaker that ‘illegal logging isn’t the driver of deforestation anymore’ and from another participant that greater use must be made of timber derived from ‘calamities’, such as storms, tree disease and insect infestation.

Mr White saw the decade ahead as critical for building actionable knowledge-based  forest policy and he welcomed the pragmatism of delegates in this respect. “It was good to hear many agreeing that the search for perfection in forestry projects can be the enemy of the good – too much navel gazing only serves to help the global thermometer rise.” 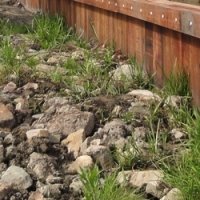