An action plan has been put forward to develop and strengthen market confidence in the Sisflora-MT legality and sustainability chain of custody and assurance system in the Brazilian state of Mato Grosso. This follows in-depth analysis of the system by IDH – the Sustainable Trade Initiative and the state’s Centre of Wood Producing and Exporting Industries (Cipem).

The background to the analysis was that, despite implementation of Sisflora-MT, Mato Grosso – like the rest of Brazil – still has an international market image as a high risk timber supplier in terms of the legality and sustainability. The goal was to help change that reputation (focusing first on the EU market), boost trade in wood from sustainably managed forest and ultimately enhance Brazil’s status as a global sustainable tropical timber supplier.

This, in turn, is intended to underpin Mato Grosso’s target, under its Produce, Conserve and Include strategy (PCI), to increase the area of its forest under sustainable forest management (SFM), from the current 3.7 million ha to 6 million ha. In their analysis, IDH and Cipem surveyed producers, local authorities and European buyers to gauge market perceptions of Mato Grosso and Brazil as timber suppliers in order to identify gaps in Sisflora-MT that impacted marketing and exports.

Their conclusion was that the system was robust and ‘broadly compatible with international protocols and certifications, capable of guaranteeing the legality and sustainability of the forest productive chain’. However it was ‘too complex to be communicated and understood by external agents unfamiliar with the numerous steps, procedures and legislation involved’.

Their proposed action plan has five core elements, to :
• ensure alignment of Sisflora with the EU Timber Regulation
• establish rules for an independent audit
• lower the risk of misuse and fraud
• ensure greater transparency of information about the system
• and establish standard SFM rules for the Amazon.

IDH adds that three main developments are needed to improve risk perception of potential buyers of timber from Mato Grosso. First is extension of Sisflora to cover the entire custody chain, which says IDH will take place with the launch of Sisflora 2.0 next year. Also required is greater transparency and accountability, to be ensured via third party audit of the system – which will again be introduced under Sisflora 2.0. Thirdly, the analysis concluded, third party tracking of ‘sustainability aspects above legality’ is needed. IDH notes that this will be addressed in a ‘risk-free timber for export’ pilot following Sisflora 2.0 implementation.

Also to improve Sisflora’s operational aspects and transparency, technical staff training was recommended and this too will follow introduction of Sisflora 2.0. Under the latter, a digital version of the system will also be developed, which, says IDH, will have a ‘more dynamic validation process, closing the chance for illegality’. The aim is a system, in Sisflora 2.0., that assures buyers Mato Grosso timber is very low risk on legality and traceability, with compliance making producers ‘ready to export to Europe’.

A new framework will subsequently be developed for sustainability assurance that will be compatible with FSC and PEFC, state-recognised and adopted voluntarily by producers. Findings of the IDH and Cipem analysis and the action plan are now being further discussed with state government (SEMA) and REDD+ for Early Movers donors under the auspices of the Instituto PCI. 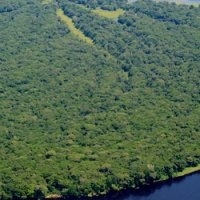 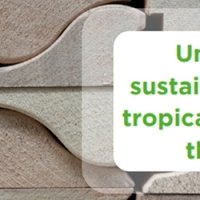