The pile planking life cycle analysis (LCA) project was proposed to the STTC by the Netherlands Timber Trade Association (NTTA) and other industry players due to the fact that tropical timber faces increasingly strong competition in this market from steel, PVC, plus other varieties of wood.  The research team also said that existing environmental data for the species used in this application was out-dated and unreliable.

The study, undertaken in association with the FSC Netherlands, has already generated impressive figures in favour of tropical timber in terms of cradle to grave environmental cost per square metre.

The species used were sustainably sourced African Azobé and Okan and South American Angelim vermelho. They were evaluated against two types of PVC planking – one comprising all virgin raw material, the other recycled – and steel.

The researchers chose a popular form of pile planking and applied equivalent LCA methods to all materials types.  Preliminary results showed that, over a 30-year lifespan, the environmental performance of tropical timber planking is 24 times better than virgin-material PVC and 21 times better than recycled.  Compared to steel it’s 133 times better.

The final LCA data from the research will be added to the Dutch Environmental Database and international data resources Ecoinvent and ILCD (the International Reference Life Cycle database). The results will also be publicised via the trade media, presentations to industry events and direct to tropical timber end users and specifiers.

The window frame LCA, which is being undertaken in association with the Netherlands Woodworking Industry Association, is using sustainably sourced African, Asian and South American reference wood species. The competitor materials in this case are softwood, modified softwood and PVC and initial results are expected by the end of next March.

Both studies will be completed and implemented by the end of next June, with the outcomes widely publicised. 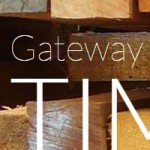