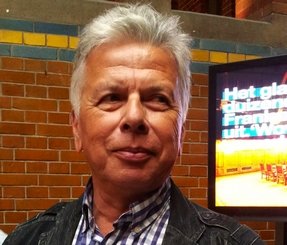 There has been backing from the EU timber trade for conclusions of an independent report on the EU Forest Law Enforcement, Governance and TRADE (FLEGT) Action Plan, which said improvements were needed in the anti-illegal timber initiative.  But this is balanced by agreement with some of the study’s positive conclusions and its optimistic outlook on FLEGT’s longer-term potential impact.

In terms of room for improvement, the independent Evaluation of the FLEGT Action Plan said support for supplier countries signed up to EU FLEGT Voluntary Partnership Agreements   should be delivered in a more ‘demand-driven’ way. Bottlenecks   to the delivery of FLEGT-licensed timber from these countries should also be tackled, and more private sector involvement encouraged in FLEGT and EU Timber Regulation implementation.

Improved market communication around FLEGT was also needed and greater   collaboration with other initiatives and partners globally.  It also required still greater political and financial support.

However, the Evaluation authors also concluded that the initiative is “a relevant innovative response to the challenge of illegal logging” and “has led to major improvements in forest governance worldwide”.

They said FLEGT had succeeded in pushing illegal logging up the agenda for industry, government and public.  It had also helped improve forest governance in all targeted countries, including both suppliers signed up to FLEGT Voluntary Partnership Agreements (VPAs) and non-VPA countries. FLEGT’s objective of reducing EU illegal wood imports   was being achieved and FLEGT-licensed timber from FLEGT VPA countries, when it arrives, will have “clear EU added-value through market leverage and increased political weight”.

André de Boer, Secretary General of Sustainable Tropical Timber Coalition implementing partner, the European Timber Trade Federation, said the non-arrival of EUTR-exempt FLEGT-licensed timber to date was a key issue for the trade under the initiative.

“FLEGT licensing is an aspect of the Action Plan of paramount interest,” he said. “In that sense the results so far have been disappointing. To the key-evaluation points, we’d also add that the Plan might have been more effective if it had addressed regions or species rather than whole countries.”

However, he added, FLEGT had contributed to raising  European awareness on illegal timber issues and improving education. It had also supported development of producer country legality assurance systems significantly.

“This in turn has been instrumental in helping increasingly bar illegal trade from importing countries,” said Mr de Boer. “This trend can continue to build, but we believe giving greater recognition to third party environmental certification schemes under the FLEGT initiative would make it still more effective.”

All news/events items
STTC on show at Carrefour du Bois