FSC Africa Deputy Regional Director Steve Ball has responded to concerns of Congo Basin forest and timber companies that FSC rules stipulating protection of 50% of intact forest landscapes (IFLs) in certified concessions can threaten their commercial viability.  He has laid out how current rules can operate flexibly in the interests of environment and business and also highlights that other options will be discussed at the 2021 FSC General Assembly.

The FSC Congo Basin Regional Working Group (RWG) on High Conservation Values recommended that, to ensure the success of forest businesses, a 20% minimum threshold for protection of IFLs in concessions should operate in the area. A study commissioned by FSC from Form International into the economic, social and environmental impacts of its IFL rules in the region, which was accepted by FSC this year, subsequently provided support for the recommendation. Despite the study findings, Mr Ball said that the 20% threshold did not meet FSC IFL requirements as currently framed, which were laid down in its motion 2014/65.

However there were ‘two avenues under which a lower threshold [than 50%] could be incorporated into FSC national standards’. “The first is if the membership passes an amendment to M2014/65 at a future FSC General Assembly (GA) and the various motions proposed for discussion at the GA2021, on which FSC is committed to high quality, informed debate, suggest some possible alternate solutions,” he said.

Secondly, he added, M2014/65 does not specify that the requirement “to protect the vast majorities of IFLs” must be wholly achieved through FSC-certified concessions. “If it can be shown that those IFLs exist within a  well-managed landscape incorporating official government protected areas, in which the intactness of large areas of IFLs are effectively maintained, then it may be possible to set a lower minimum protection threshold within FSC-certified concessions in which IFLs extend into government protected areas,” said Mr Ball.  Currently, he pointed out, IFL mapping in Gabon is being refined to see how this applies to concessions there, which, for some, may lead to ‘significant changes’.  “If the results are helpful, FSC will endeavour to support similar exercises in other countries of the Congo Basin,” said Mr Ball.

He also explained that, as they currently stand, FSC rules do not require a minimum percentage of IFLs to be protected in addition to other conservation zones concession managers have ‘delimited’. “Neither do the rules require that a percentage of the whole concession be protected,” he said. “The rules as adopted in Cameroon and the Republic of Congo (and shortly to be adopted for Gabon) require 50% of IFLs falling within the concession be protected. If only 10% of a concession is IFL, then that would mean only 5% of the concession would be affected. Furthermore, if existing conservation zones partly or fully overlap with IFLs, then some or all of the IFL protection obligation will already have been delivered.”

Mr Ball also apologized for ‘poor guidance’ issued earlier by  the FSC issued to the Congo Basin RWG. FSC rules also require that standard development groups (SDGs) develop national standards with ‘vast majorities of IFLs’ protected in ‘core areas’ and that, unless they reflect this requirements, a default applies where ‘the core area’ comprises at least 80% of the IFL. The FSC’s clarification stated that the term ‘vast majorities’ meant at least 50% of IFLs in concessions needed to be protected in core areas. “We at FSC acknowledge that better guidance should have been issued to the Congo Basin RWG around the ‘vast majority’ requirement, and apologize for the upset caused by our failure in this case,” he said. 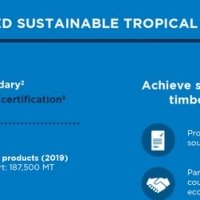 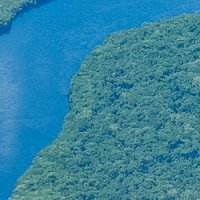