Comments from FSC and forestry operators and their representative bodies, including the ATIBT, indicate that there is still work to do to achieve consensus on intact forest landscape (IFL) protection in certified natural forests, and the issue promises to be central to discussions at the next FSC General Assembly. All agree on the need to ensure preservation of IFLs and the biodiversity and habitats they support, while at the same time maintaining the commercial viability of forest and timber businesses and the livelihoods they provide. But differences of opinion persist on what that balance between business and environmental interests looks like.

At the heart of the discussion is FSC Motion 65. This was approved in 2014 and stipulates that 80% of designated IFLs in certified natural forest concessions are protected. It became a so-called interim FSC rule in 2017, for subsequent adaptation and transposing into each country’s FSC national standard, but has been a subject of continued debate. The reason it is back in the news now, it is reported, is because stakeholders want to make it high on the agenda at the next FSC General Assembly (GA), slated for October this year, but now postponed to 2021 due to Covid 19.

ATIBT Managing Director Benoît Jobbé-Duval said that the issue had also become more urgent because ‘companies are arriving at the limits of their IFLs and beginning their exploitation’. It is in the spotlight again too because of the imminent release of several reports, into the social environmental and economic impacts of Motion 65 in the primary areas affected, the Amazon, Canada, Congo Basin and Russia. These were commissioned as the result of FSC Motion 34, which was backed by the ATIBT and passed at the 2017 FSC GA.

The first study, by Form International into the impacts of Motion 65 in the Congo Basin, which is due out shortly, “must assess whether conservation of IFLs (at 80%) endangers the logging companies, and their future commitment to certification, with, of course, the social and environmental consequences,” said Mr Jobbé-Duval. The outcome, he added, will be proposal of an IFL ‘conservation percentage acceptable to companies’. ATIBT backs last year’s proposal from the Congo Basin FSC regional working group (RWG). This recommends that 20% of IFLs within certified concessions should be conserved rather than 80%.

“We agree on protecting IFLs in general, but it must be at the commercially viable level,”  said Mr Jobbé-Duval. “It’s important to note that certified companies already put 20% of concessions under conservation through their own procedures, so additional protection of 20% of IFLs is significant.” He also highlighted that only 1.5% of IFLs in the Congo lie within concessions. “Our aim is to find solutions for better protection of external IFLs as well,” he said.

In an interview with the STTC/Fair&Precious Newsletter, FSC Executive Director Kim Carstensen said he recognised Congo Basin concession operators’ concerns. “FSC certified companies are already doing a lot for the environment and their social performance is top class. At the same time,  they are operating in a very difficult business environment. European markets are weak and also impose [due diligence] requirements, there’s competition from Chinese companies, port blockages, poor access to capital, and increasing pressure on supply of more popular commercial species and difficulties in moving to other harvestable species,” he said. “So it’s already difficult to maintain a viable forest business in the Congo, then the FSC puts what are seen as another set of restrictions on the way companies operate, so their concerns are understandable.” However, he added, while not yet the perfect solution, Motion 65 should be viewed as ‘a route into the future’. “It’s crucially important that forest operators understand the mindset shift happening in the world and find a way of working that is acceptable in a time where climate and biodiversity crises and other environmental crises have resulted in a different set of expectations on use of natural forests,” he said. “Businesses must be seen to be part of the solution, rather than part of the problem.”

He recognised that Motion 65 ‘does not have all the answers’, but said it ‘pointed in the direction we need to look’. “Of course we need these forests to maintain an economic relevance. If they don’t  they will be taken by some other interest; converted into agriculture or just used for wildlife poaching,” he said. “But at the same time businesses need to be seen to have environmental viability as well. Finding that balance is the real challenge.” Mr Carstensen said ATIBT, Congo concession holders and other FSC members had ‘every right’ to put forward new proposals on Motion 65 and FSC IFL policy and that the impact study resulting from Motion 34 should provide valuable information for taking the issue forward. “It will create a new basis for discussion of how we [protect IFLs] in a fashion that works for the countries, for the concessions and for the environmental interests of the forests,” he said, adding that Congo operators concerns about FSC IFL rules were also shared by those in the Amazon.

FSC also underlines that there is ‘country specificity’ in the way that interim rules, such as those on IFL protection, are implemented in FSC national standards. “The national standard for the Republic of the Congo allows concession operators to work 50% of IFLs,” said Mr Carstensen. ‘’Other standards are being developed for Gabon and Cameroon, and there is also the prospect of one for the Democratic Republic of the Congo.”

He assured FSC members that Motion 65 and IFLs would be a ‘top tier’ topic of discussion at the next General Assembly, which is still slated for Bali, with the date in 2021 to be announced early June at the latest. “It can’t be business as usual as that won’t be accepted in today’s world. And we believe that FSC certification, including measures to protect IFLs and other high conservation value areas, is the way forward for businesses in the Congo Basin and elsewhere,” said Mr Carstensen. “But our message is that we hear and understand the concerns of concession holders. We need to find ways together to work through this;  [ensuring] sustainable forest management is both viable and part of the solution to climate and biodiversity crises, and I think we can.”

IFLs in the Congo and Amazon

Given protection of a minimum of 50% of the IFLs within a certified FMU, the FSC would be employing its systems to address effectively 0.7% of the IFLs in the Congo Basin and 0.13% of the natural forest in the Brazilian Amazon (status 2017). 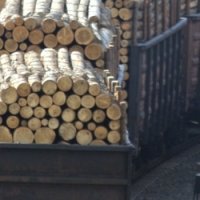 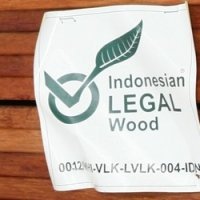