A documentary featuring STTC and Fair & Precious partner Interholco, which highlights how sustainable forest management in the Republic of Congo can incentivise forest and habitat conservation has won Germany’s prestigious Nature Film Prize.

In ‘Paradise Preserved: Congo – Protecting the Gorilla Forests’ , which was produced by Thomas Weidenbach for tv channel ARTE, film-makers followed the work of forest and industry teams from Interholco subsidiary IFO in the Republic of Congo over several weeks.

The company manages an FSC concession of 1.16 million ha in the country and the film showed how its approach to sustainable management, including working with conservation organisations, helps preserve habitats, in this case home to several thousand western lowland gorillas.

“The jury came to its decision based on the film’s positive vision of how it’s possible to secure nature in the tropical forest, while at the same time providing local people with long-term, economic prospects,” said Interholco managing director Ulrich Grauert. “’Made in Africa’ sustainable hardwood offers a multitude of solutions to help tackle climate change, while supporting social justice in developing countries and protecting habitats. We hope this film will be shown in schools all over Europe. It explains in a comprehensible way how sustainable forestry works in Africa.”

In its report on the award, newspaper Süddeutsche Zeitung said the documentary demonstrates ‘how it is possible to give nature a value that ultimately contributes to its protection’.

“This is a previously neglected perspective, which gives hope in nature conservation and social terms,” it said.

Streaming service Curiosity Stream (www.curiositystream.com) shows the film with the strapline: ‘Something exceptional is happening in the north of the Republic of the Congo. Here loggers are not destroying the environment, but helping preserve the tropical forests’.

The German Nature Film Foundation has been awarding its annual prize since 2008. The aim is to support the work of film makers, but also help conservation by ‘bringing endangered species and natural spaces’ into people’s living rooms’.

The award was presented by German culture minister Bettina Martin.

You can watch the film here: https://curiositystream.com/video/3159. 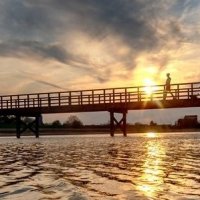 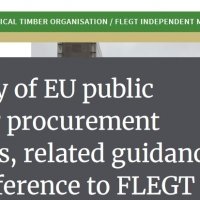