The ATIBT is urging government and trade in Europe to step up efforts to tackle an increase in illegal timber imports.  Currently, it maintains, the EU Competent Authorities (CAs) with responsibility for monitoring and policing imports are under-resourced and lack knowledge of the trade.

In its call to action, ATIBT takes a new stand against the illegal timber trade, the organisation says that ‘import of illegal wood into Europe is suddenly making a comeback’. “This is causing serious damage to an industry that has been striving for two decades to make progress towards sustainable management and promotion of legal and certified timber,” it says. “We need to be careful, because we’re witnessing a step backwards that is endangering our sector.” The ATIBT maintains that those involved in the illegal trade are widely known and said that its marketing commission highlighted the need for a crackdown in 2019. “But to date, there is nothing to indicate that measures are being taken at the European authority level to stop the  actions of companies that we all know,” it says. “In particular we need to work more closely with customs and ports and raise their awareness regarding this menace.”

The EU Timber Regulation (EUTR) is described as a key tool in the fight against the illegal trade. But the ATIBT maintains that enforcement is not sufficient to ‘counter the excesses of some of these players, which operate illegally with impunity’. “The EUTR monitoring system does not work due to lack of resources and knowledge about our sector,” it states. The illegal trade, it adds, causes deforestation and forest degradation and constitutes unfair competition for certified logging companies. It also damages the market image of the trade as a whole.

The ATIBT says that it and timber trade federations ‘cannot act beyond our prerogatives’ and create a ‘black list’ of those involved in the  illegal trade. It constitutes large-scale organised crime and is thus the responsibility of the EU and Interpol. However, it says that the legitimate trade can play a role by expressing its views on the issue and only buying legally and/or sustainably certified timber.
“It is through certification systems that imports will be 100% reliable and ensure the future of our profession,” it states.

It calls on European CAs to strengthen monitoring and to target known illegal timber importers. “We all know the fight against illegality is an effective way to reduce deforestation,” it states. “Even if this trade affects only a small share of imports, it needs to be eradicated.” 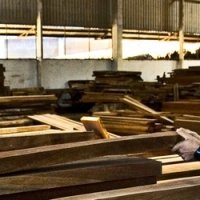 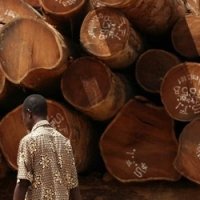